GBV victims at DUCE encouraged to speak out

Victims of sexual and gender based violence (GBV) at DUCE have been urged not to remain mum but report such cases to relevant authorities within the campus for immediate action.

The call was recently made by the Deputy Principal (Planning, Finance and Administration), Prof. Method Samwel during the climax of the 16 days initiative of curbing GBV.

He said there is a need to encourage those who are subjected to gender violence cases report them to the relevant authority at the College for further action.

"The campus is supposed to be a safe place for students to undertake their studies freely and achieve their targets...this is what we try to promote here at DUCE. We are ensuring that our students are safe from gender based violence…" Said Prof. Samwel.

He added that the institution has friendly platforms where such cases are heard and treated with urgency and privacy, and that stern measures are always taken against the culprits.

Furthermore, Prof. Samwel noted that most GBV cases at the campus are conducted by those who are in relationship and when such relationship breaks-up, it results to conflicts especially when one party is not ready to separate.

"When your partner says it is over, accept the situation...do not force him or her in your life, take it as a path for smart relationship. By doing that, GBV cases will be solved." He said.

He mentioned Auxiliary Police, Gender Desk, Diversity Unit, Guidance and Counseling Unit, a health clinic and opinion boxes around the campus as among the platforms used to capture the offenders.

He hailed UNESCO for unwavering support rendered towards promoting awareness of gender based violence at the College saying UNESCO has been helpful and is looking forward to have a long working partnership with them.

On her part, UNESCO Assistant Project Officer, Catherine Amri admitted that they have been getting good cooperation from DUCE and that the institution is positively embracing their initiatives.

"UNESCO through the O3 plus Project seeks to ensure that young people in higher institutions realize positive health, education and gender equality outcomes through sustained reductions in new HIV infections, unintended pregnancies, sexual and gender based violence." She said.

She further revealed that UNESCO is currently supporting seven campuses of the University of Dar es Salaam (UDSM) and University of Dodoma (UDOM) to implement different interventions that address other issues including GBV.

The Deputy Principal (PFA), Prof. Method Samwel presenting his speech during the climax of the 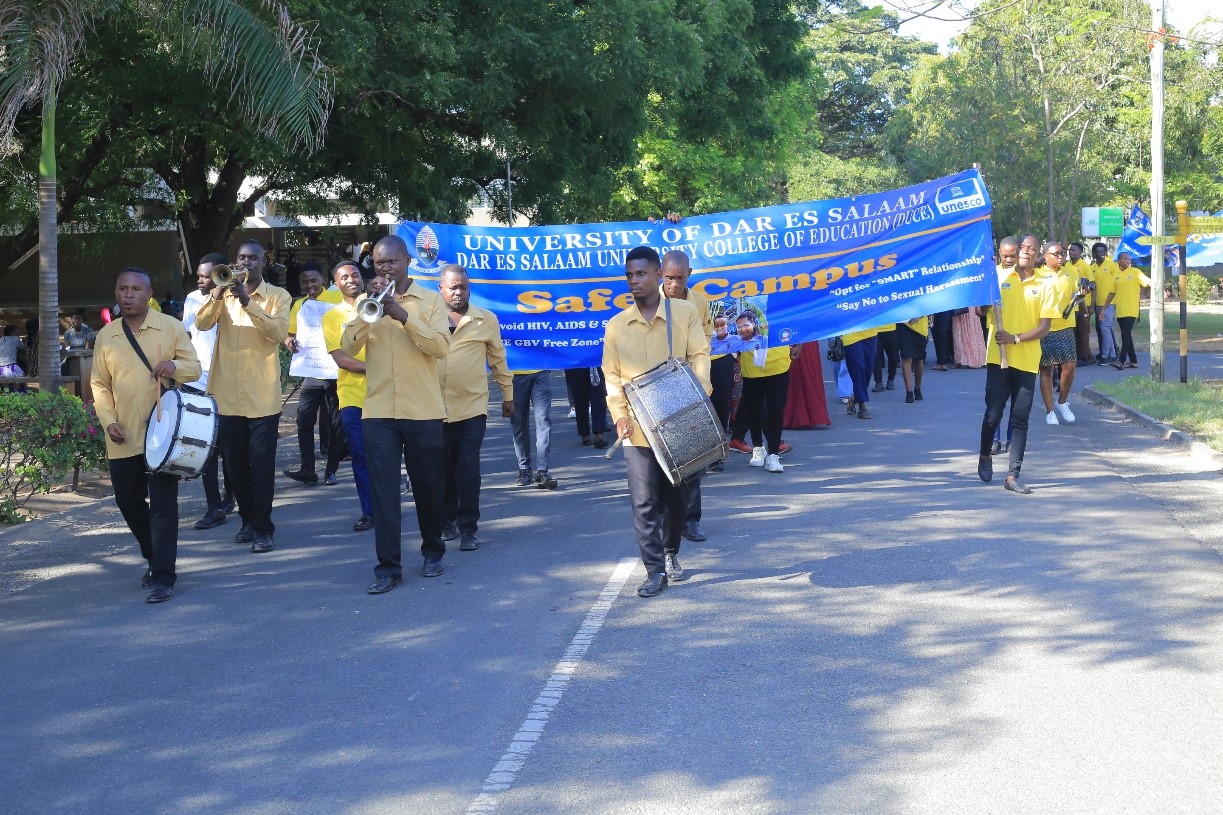 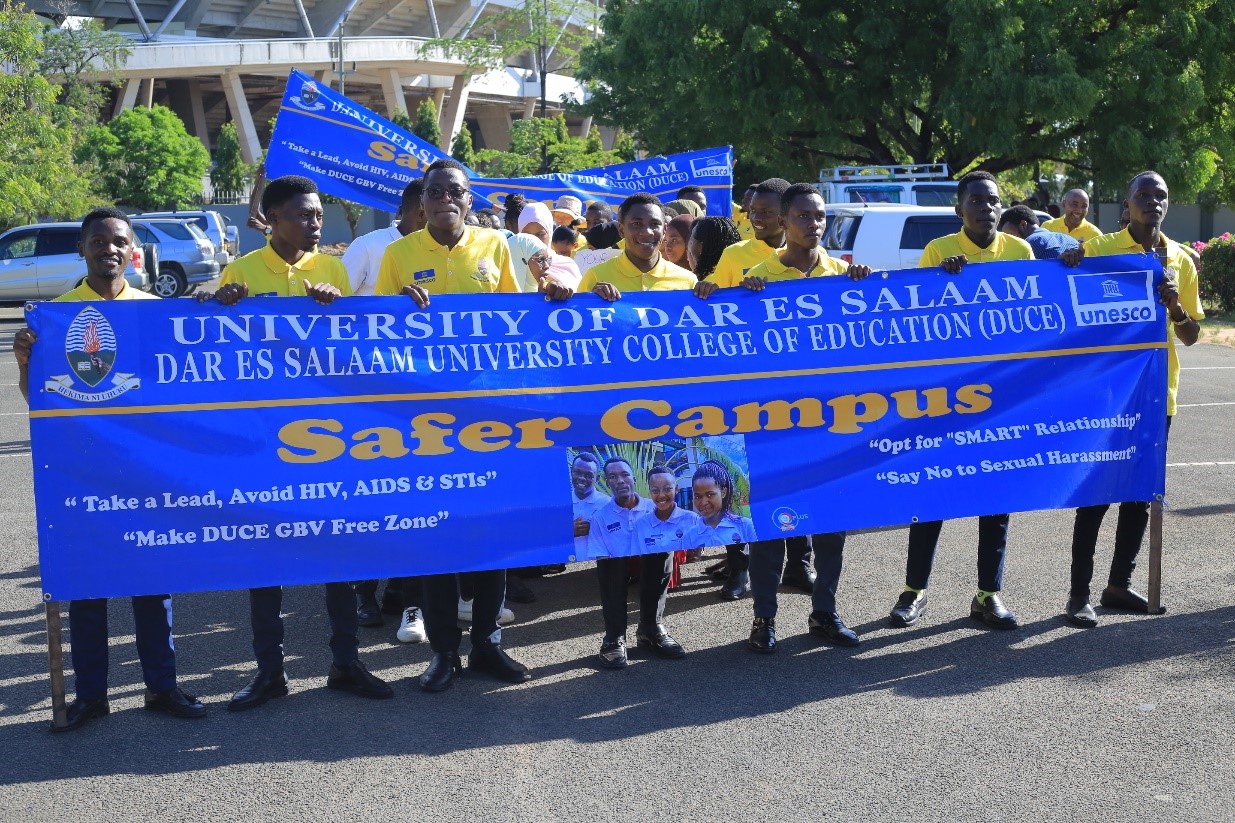 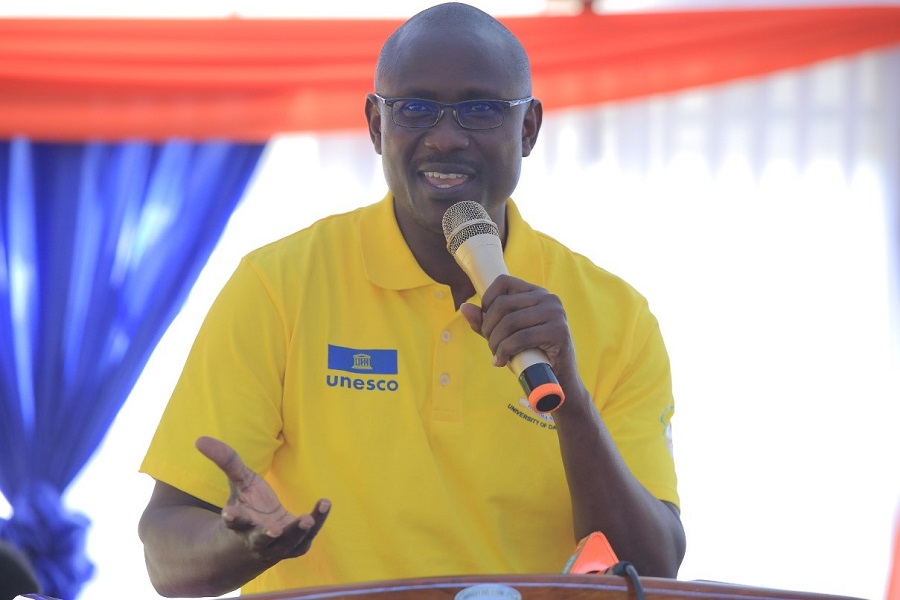 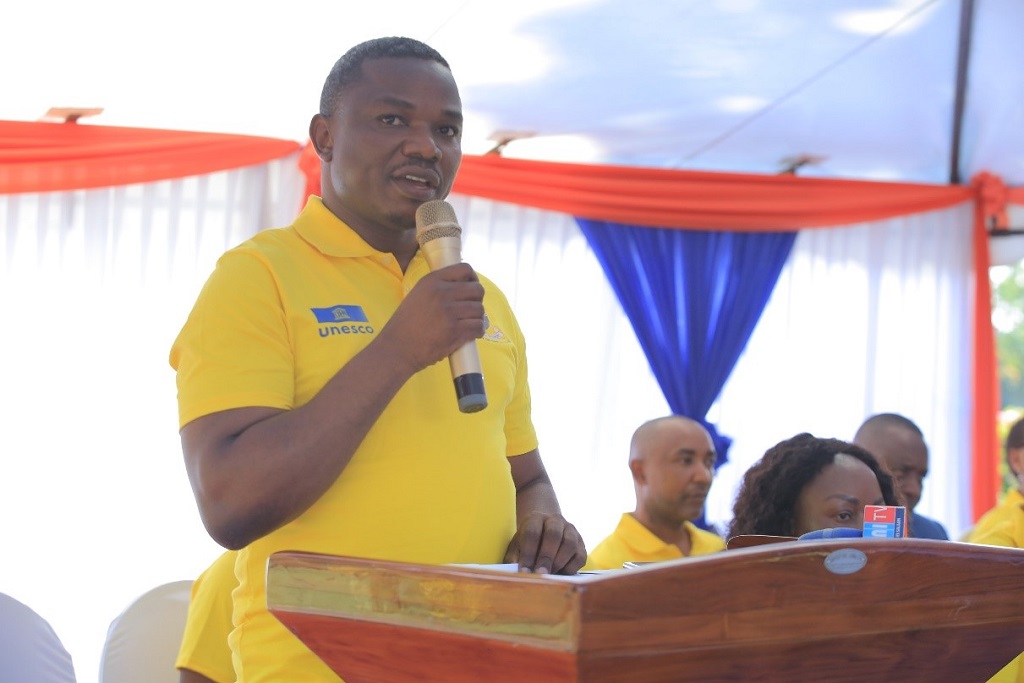 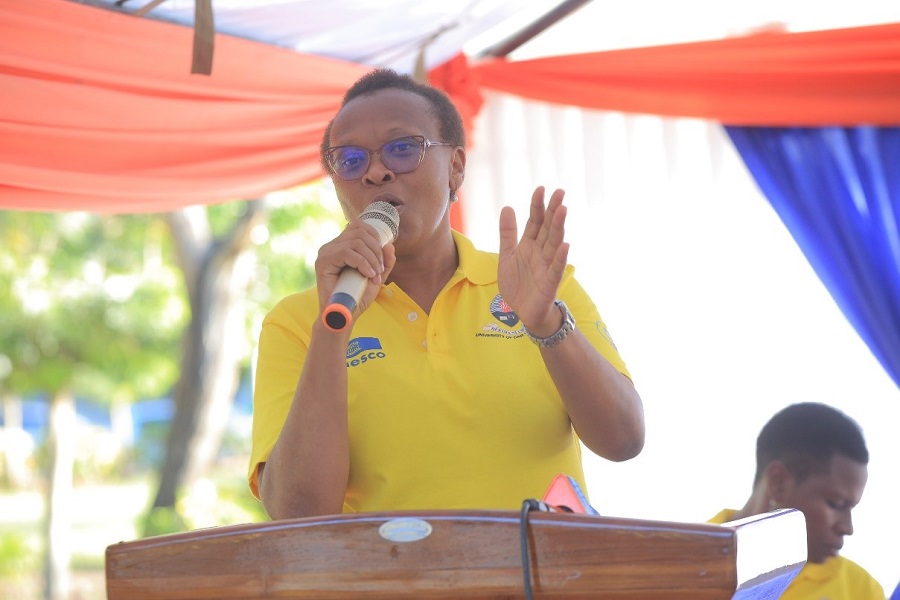 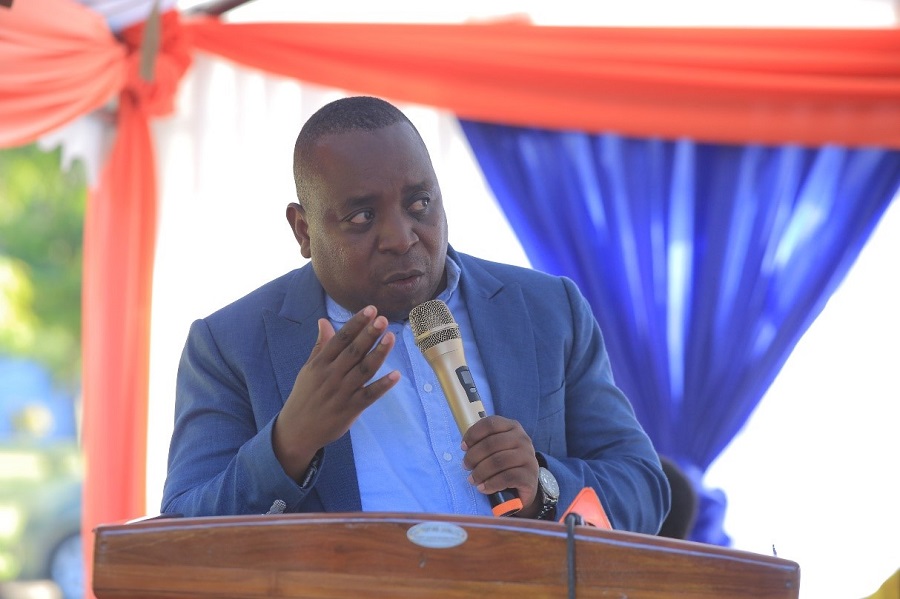 The Deputy Principal (PFA), Prof. Method Samwel (seated center) in a group photo with DUCE and