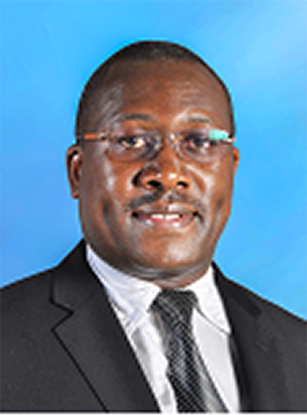 Dr. Mwakaje is the Chief Corporate Counsel and Secretary to Council at the University of Dar es Salaam. He holds a PhD from the University of Dar es Salaam, LL.M in Intellectual Property, Commerce and Technology from Franklin Pierce Law Center, USA, LL.M (Dar), LL.B (Dar). He represents the University in, among others, contract negotiations, adjudication and general litigation in both judicial and quasi-judicial forum. Dr. Mwakaje is a licensed legal practitioner in Tanzania Mainland and Zanzibar with over 20 years of experience where he has appeared and represented clients as a legal counsel at both the High Court and the Court of Appeal of Tanzania. Throughout his career, he has advised local and international corporate clients on various issues ranging from investments ventures, banking, corporate transactions such as merger and acquisition, intellectual property protection and other related matters.  He is also a lecturer and coordinator of Masters of Intellectual Property (MIP) Program at UDSM School of Law, University of Dar es Salaam in Tanzania. He teaches Intellectual Property Law, Investment Law, and International Trade and Finance Law. He is specialized in intellectual property rights system, in particular management and commercialization of patents and trademarks. Dr. Mwakaje also a Head Tutor at the WIPO Academy, based in Geneva Switzerland. Dr. Mwakaje has worked as a consultant and legal advisor in several projects under the auspices of ARIPO, WIPO, UNCTAD, EAC, WHO, and the World Bank.