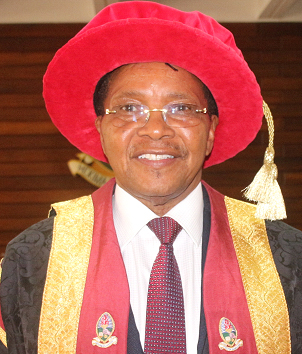 Dr. Jakaya Mrisho Kikwete is a Former President of the United Republic of Tanzania (2005 to 2015). He previously held various key positions as Minister of Foreign Affairs, Minister of Finance and Minister of Energy and Minerals from 1994 to 2005. He as well been the Chair of the ruling party Chama cha Mapinduzi, Member of the Central Committee (CC), National Executive Committee (NEC) and Member of Parliament. Prior to that, he served in the Tanzania People’s Defense Force and retired at the level of Lieutenant Colonel and joined politics.

At the regional and continental level, Dr. Kikwete held various regional leadership positions as Chair of South African Development Community (SADC), Chair of the East African Community (EAC) and Chair of the African Union. He has also participated and contributed in many peace initiatives as Chair of the International Conference on the Great Lakes Region, Burundi Peace Process and Member of the AU High Level Committee on Ivory Coast Political Crisis to name but a few.

After his retirement, President Kikwete assumed leadership role in different capacities as Chancellor of the University of Dar es Salaam; Co-Chair of the UN High Level Advisory Group on Every Woman Every Child; Member of the UN Lead Group on Scaling Up Nutrition, the Global Ambassador for Immunization, Member of the World Malaria Council; Commissioner of the International Education Commission for Financing Global Education Opportunity; Co-Chair of the World Refugee Council; African Union High Level Representative on Libya and; Chairman of the Jakaya Mrisho Kikwete Foundation.