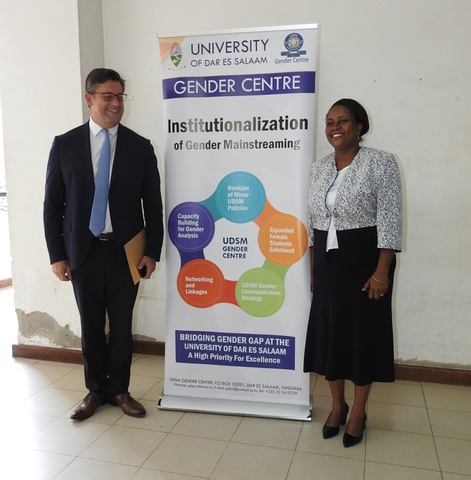 The Institute of Gender Studies has its roots back in the 1990’s where efforts to bring gender equality and equity at UDSM began. It started as a wing attached to the VC’s office. Later in 2006 grew into a Gender Centre which was responsible for Gender mainstreaming in all policies and practices at UDSM. In 2017, the UDSM Council approved the transformation of the Gender Centre into the Institute of Gender Studies (IGS).  It is mandated is to develop short courses, undergraduate and postgraduate courses on gender and gender related programmes. The IGS is also designed to develop competences in Gender analysis, basic and applied Gender research applicable in various aspects of society. In addition the IGS is also engaged in gender activities. At the same time it acts as a catalyst for change on matters related to gender equality and equity at national and global level. Networking with related institutions is also among the key interests of IGS.